Arminia Bielefeld’s most prolific scorer has been Masaya Okugawa. He has netted 2 goals over the last 5 matches. Both Philipp Lienhart and Nico Schlotterbeck have been the hottest scorers for Freiburg in the last 5 each having scored 2 goals.

Stuttgart’s most prolific scorer has been Philipp Forster. The German midfielder has netted two goals over the last 5 matches. Greuther Fürth hasn’t been successful in netting any goals lately. Their top scorers in the last 5 matches are Hrgota and Timothy Tillman, and they each have 1 goal

Borussia Dortmund is glad to have Erling Braut Håland in top form. In the last five matches the attacker has scored five goals. Eintracht Frankfurt’s top weapon lately has been Jesper Lindstrom, who has three goals in the last 5 matches.

RB Leipzig and Mainz 05 last played eachother at the Opel Arena on Sun Aug 15th. Mainz 05 won by a score of 1 to 0. Moussa Niakhaté struck first for Mainz 05 in the 13th minute, and with that single goal the scoring was complete. Neither team could manage anything else At the end of 90 a dissapointed RB Leipzig couldn’t manage to score, and Mainz 05 took the shutout win.

In their last match together, Union Berlin and Bayer Leverkusen battled to a 1-1 draw in front of almost 11000. Taiwo Awoniyi struck first for Union Berlin in the 7th minute, then Moussa Diaby tied it up for Bayer Leverkusen in the 12th minute on a feed from Jeremie Frimpong earning them at least the one point. 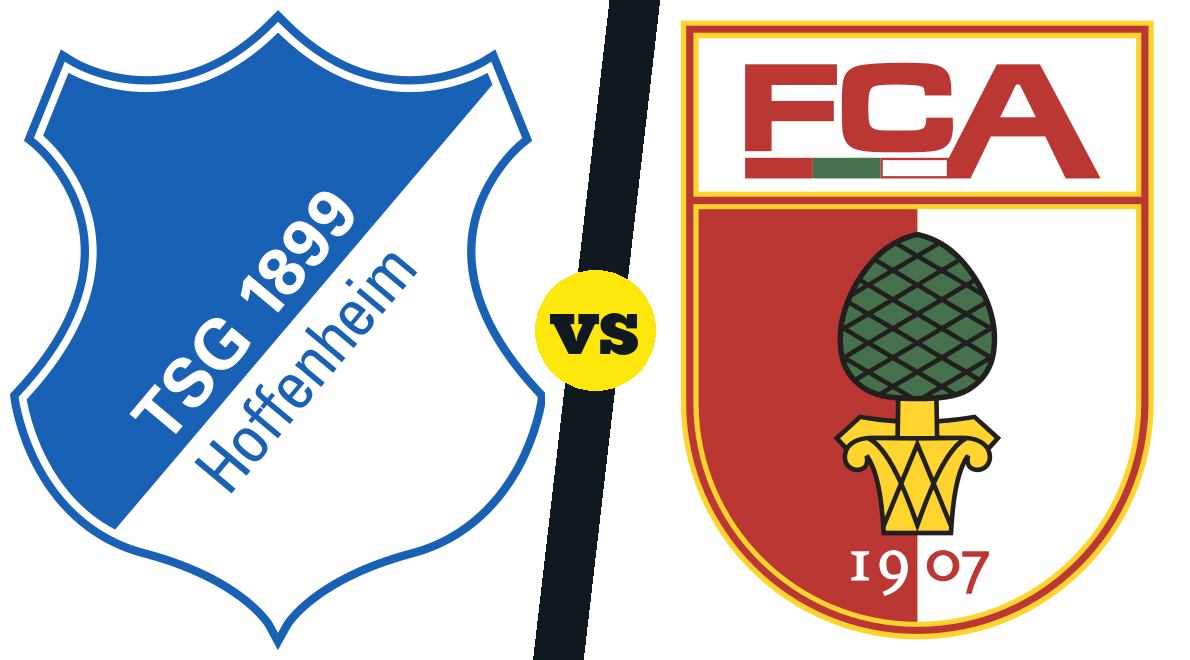 In a weekend match on Sat Jan 8th, in week 18, Hoffenheim hosts Augsburg at Prezero Arena in a Bundesliga match. In Hoffenheim’s last match they recorded a 1-1 draw against Borussia M’gladbach. Breel Embolo scored the first goal for Borussia M’gladbach in the 35th minute, then Kevin Akpoguma tied it up for Hoffenheim in the 1st minute of the second half’s stoppage time earning Hoffenheim a comeback draw. With 20 points in their last 10 matches Hoffenheim should be reasonably happy with their performance, while in Augsburg’s last match they recorded a 0-0 scoreless draw against Greuther Fürth. Neither Greuther Fürth nor Augsburg could manage to put one past the goalie. They had 3 and 14 shots on net respectively, but no one could score, and the match ended in a scoreless draw,. Augsburg is looking for direction having earned 13 points in their last 10 matches.

Augsburg is lucky enough to have a few offensive weapons, with Michael Gregoritsch and Daniel Caligiuri each having 2 goals in their last 5. Both Ihlas Bebou and Georginio Rutter have been the hottest scorers for Hoffenheim in the last 5 each having scored 3 goals

In their last match together, in Stadion Im Borussia-park, Borussia M’gladbach won by a score of 5 to 0. Kouadio Koné scored the first goal for Borussia M’gladbach in the 2nd minute, then Ramy Bensebaini added another in the 15th minute on a feed from Jonas Hofmann At the end of 90 a dissapointed Bayern München couldn’t manage to score, and Borussia M’gladbach took the shutout win.

Ramy Bensebaini has been the most prolific scorer on Borussia M’gladbach in the last 5 matches with two goals. Bayern München is glad to have Robert Lewandowski in top form. In the last five matches the attacker has scored five goals

This match will be the first time these two teams face eachother this season. Last season these teams were evenly matched with 1 win each.

Bayer Leverkusen is fortunate enough to have Patrik Schick in top form. In the last five matches the attacker has scored four goals. Freiburg is lucky enough to have a few offensive weapons, with Nicolas Höfler and Philipp Lienhart each having 2 goals in their last 5

Jonathan Schmid and Nils Petersen are unavailable to play for Freiburg, while Gerardo Seoane’s squad will be without Julian Baumgartlinger. 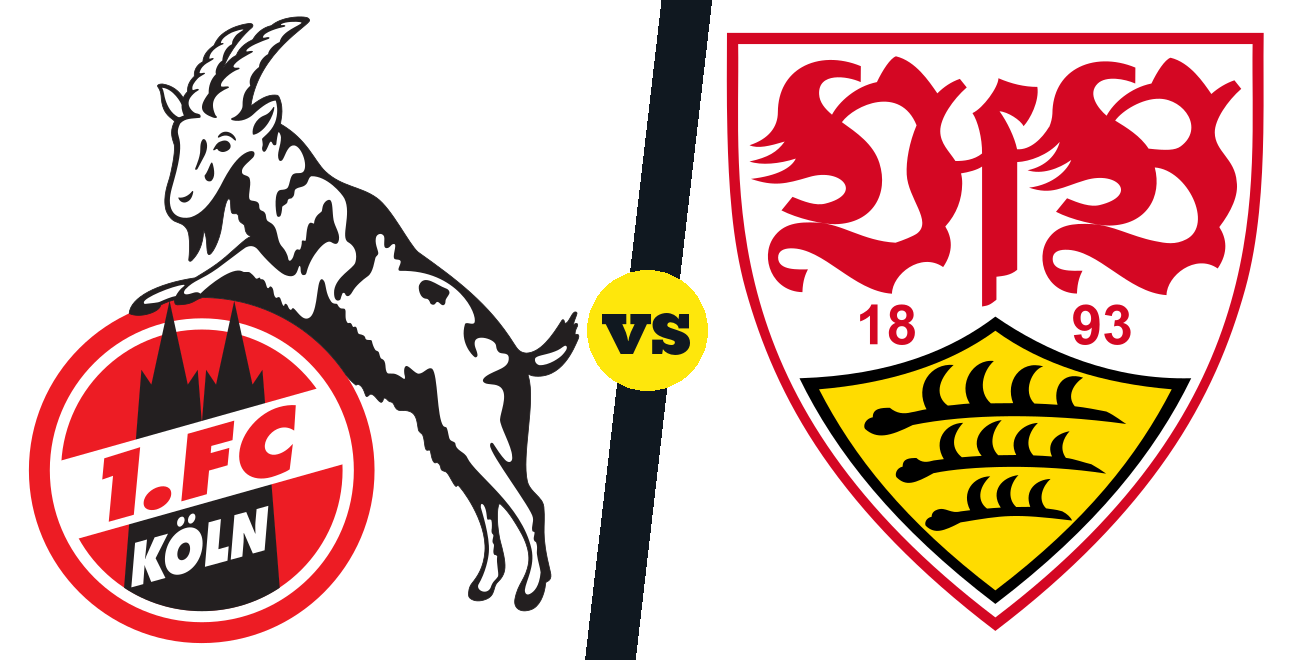 On Sun Dec 19th, in week 17, Köln hosts Stuttgart in a clash of the Bundesliga. Köln is fresh off their 1-1 draw against Arminia Bielefeld. Salih Özcan struck first for Köln in the 17th minute, then in the 59th minute, Masaya Okugawa sent in a beautiful pass which was converted by Bryan Lasme earning Arminia Bielefeld at least a draw. Köln is looking for direction having earned 12 points in their last 10 matches, while in their last match, Stuttgart recorded a 2-2 draw against Hertha BSC. Omar Marmoush struck first for Stuttgart in the 15th minute on a feed from Waldemar Anton, then Philipp Forster added another in the 19th minute on a feed from Hamadi Al Ghaddioui. They’re hoping to improve on their recent performance, having lost 4 of their last 10.

Stuttgart and Köln last played eachother at the Mercedes-benz-arena on Wed Oct 27th. Köln took the match by a score of 2 to 0. Anthony Modeste struck first for Köln in the 72nd minute on a feed from Mark Uth, then Anthony Modeste added another in the 77th minute In the end, Stuttgart was frustrated by Köln’s defence and couldn’t put any tallies on the board. Köln ended the match with the shutout victory.

Stuttgart is having problems scoring lately. Their top scorers, Chris Führich and Massimo each only have 1 goal in their last 5. Both Anthony Modeste and Salih Özcan have been the hottest scorers for Köln in the last 5 each having scored 2 goals each

These two teams have not yet played each other this season, so it will be interesting how the match turns out. Last season RB Leipzig won the head to head battle with 2 wins.

Arminia Bielefeld’s most prolific scorer has been Masaya Okugawa. He has netted two goals over the last five matches. Both Christopher Nkunku and André Silva have been the hottest scorers for RB Leipzig in the last five each having scored 3 goals each